Kiko Villamizar, Miami born and Colombian raised, delivers his second full length LP on Discos Peligrosa, Aguas Frías. It transports us to the edge of a mountain in the Colombian Andes where Kiko’s childhood home becomes the birthplace of his sophomore album. Kiko sings the provoking and timeless stories of decolonization and returning home which harmonize fully with the electrified traditional Colombian rhythms. Rhythms like Cumbia, Porro, Puya, Milonga and Merengue. Chalupa is the rhythm of La Muerte where Kiko speaks directly to extractive economies, specifically pipelines, while Yaku Kawsai takes us to Standing Rock with a Zamba. The enchanting voices of the gaitas and the energetic movements of the electric guitar mixed with the tambor alegre all provide a resilient tapestry for Aguas Frías.

The first single and title track, Aguas Frías, is a psychedelic traditional cumbia that features serenading gaitas by master gaitero Elber Álvarez, from Sahagún, Córdoba. The polyrhythmic alegre, the dancing bassline on the upbeats, and the skanking guitar, with it’s clean tone, all illustrate the magical topography of Aguas Frías.  Kiko physically and internally returns to his ancestral home to decompress from the anxieties of urban living. The video was filmed on location neighboring Kiko’s home in the mountains and captures the beautiful journey to El Picacho, the highest peak in Aguas Frías.

Kiko Villamizar takes on the responsibility as a defender of the water and Mother Earth with his new album. Recorded and mixed in Austin, Texas by Grammy award winning producer Adrian Quesada, Aguas Frías releases the 14th of April on Discos Peligrosa with tours scheduled in the USA, Central America, South America, and Europe throughout 2017. 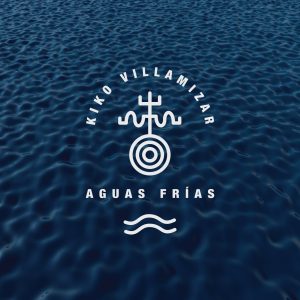